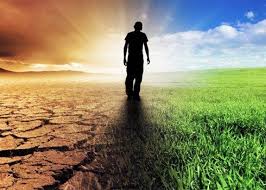 At a meeting held in Kaduna, the Director, African Climate Reporters, Nurudden Bello noted that industrial and manufacturing wastes were becoming increasingly harmful to all living organism in the environment.

Bello noted that chemical waste in Nigeria has been on the increase and at an astonishing rate, hence the need for both the federal and state governments to support recycling companies with innovative technology to combat the threat.

Calling for a collective action towards saving humans, aquatic animals and the rest of living organism, the Director said action must be taken to curtail irrational human activities leading to such threat as air and water pollutions.

According to him, climate change is a global burden that needs to be addressed in order to save mankind from the increasing threats of high temperature, emerging diseases, and other ecological challenges.

He also noted that desertification, deforestation, soil erosion and gully erosion were on the increase in northern  Nigeria due to high demand for firewood, charcoal business and the extraction of rocks and stones for building construction.

“Many wild animals in most of the forests are forced  into migrating to other regions for safety as a result of miners that are extracting gold and other natural resources in the region.”

Speaking further, Bello hinted that plastic pollution was another major environmental problem affecting most communities in the country due to lack of technology to transform it to other uses.

Upstream Sector and the Imperative of Collaboration

“Problems of waste management in Nigeria need to be attended to in order to create favorable and safe living conditions for the citizens of the country,” he said.

He called for robust campaign by NGOs, on the dangers of air pollution, especially in communities close to industrial areas in order to save them from hazardous chemicals.

He said it would strengthen efforts towards educating, enlightening and informing the public on issues related to the environment, including the need for massive tree planting.