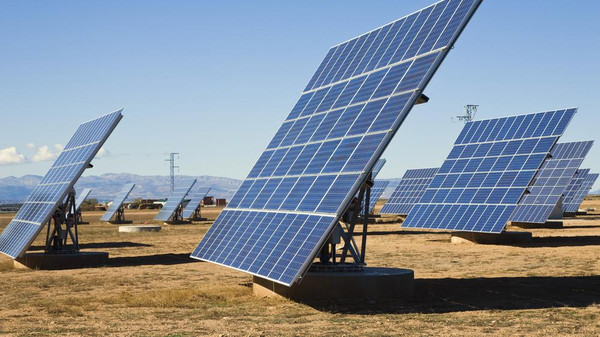 The Bank of Industry, BoI, has signed a $2 million agreement with the United Nations Development Programme, UNDP, to provide solar-powered electricity to no fewer than six communities in six states of the federation.

Speaking at the signing of the Memorandum of Understanding, MoU, on cost sharing pact in Abuja recently, Acting Managing Director of BoI, Mr. Waheed Olagunju, said the bank would provide $1.4 million for the project while the UNDP would provide the balance of $600,000.

Olagunju said: “This commenced in 2015 with a pilot phase in which the first set of low-cost, off-grid solar electrification projects were deployed in one community in each of the six geopolitical zones, in partnership with GVE Projects Limited and Arnergy Solar Limited.

“The blend of BoI’s contribution in the sum of US$1.4 million as debt financing for the projects, with UNDP’s grant contribution of US$600,000 will provide the much needed stimulus to scale up the projects in view of the attendant reduction in the cost of deployment and enhancement of its overall viability,” he explained.

He noted that BoI’s contribution and the UNDP grant would be deployed to provide solar energy solution in states where both BoI and UNDP had existing collaboration. Olagunju said the pilot project scheme in Gombe, Niger, Osun, Anambra, Edo and Kaduna states, was aimed at giving rural communities the opportunity to take control of their energy generation and also pay for only the units consumed.

Olagunju disclosed that plans were underway to replicate the project in other off-grid communities in Edo State, in collaboration with the state government as well as other parts of the country, working with the various state governments. He said for Nigeria to meet up with its energy needs, she must diversify into the use of alternative sources as the country had some of the world most abundant and least exploited renewable energy sources, especially solar power.

He maintained that solar power could be utilized to provide the much needed electricity for the nation’s rural communities, rather than waiting in vain for the national grid to get to these areas He, however, said the Development Finance Institution’s (DFIs) medium term vision was to have about 100,000 homes installed with stand-alone solar home systems, pointing out that this move was essentially a programme aimed at poverty alleviation, reduction in rural-urban migration to foster rural economic development.

“We are all aware that power remains a major obstacle to growth in Nigeria, as inadequate and unreliable electricity undermines investment opportunity, economic growth, social and infrastructure developments,” he said, adding that the central power generation, transmission and distribution system operational in the country could no longer deliver competitive, cheap and reliable electricity to remote customers on and off the national grid.

According to him, renewable energy sources, such as hydro, wind and solar, are growing in relevance and commercial adoption on a global scale, even as issues such as climate change and energy security have taken the front burner globally. He said solar power had emerged as a tested solution to the rural electrification challenge and was now the cheapest source of electricity for more than one-third of Africa’s population, a figure that would continue to increase as the cost of solar plummets.

He said solar power solutions was the best technology Nigeria could get from the United States to be financed by the BoI and UNDP, adding that if the project succeeded, it would be used in other off-grid areas in the state and the nation at large. He said scaling this pilot project across 774 local government of Nigeria with 10 micro-grid installed in each local government would generate 300MW of uninterrupted electricity, devoid of sabotage or pipeline vandalism.

Olagunju further said BoI was working in partnership with 20 states   and the Federal Capital Territory, while the bank hoped to cover the remaining 16 states as soon as possible. The Country representative of UNDP, Mrs Mandisa Mashologu, who commended BoI for the collaborative effort to reach out to the communities, said both parties would look out for states already partnering with BoI and UNDP.