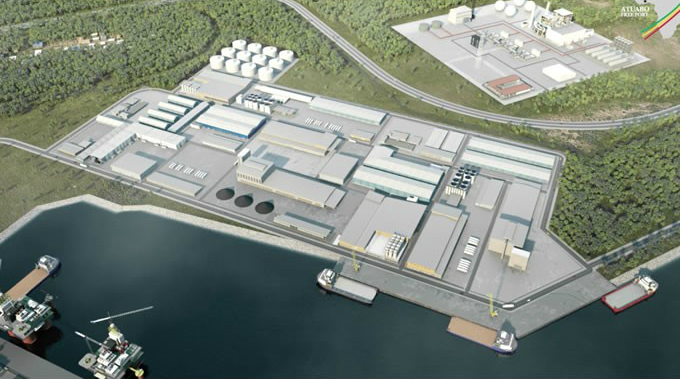 The court, presided over by Justice Clement Hoenyenugah, said the applicants did not follow the right procedure in the appeal.

The appeal was seeking to overturn a ruling by the Sekondi High Court in October last year that dismissed the MPs’ application for a judicial review of a law they claim restricts further expansion of oil and gas facilities at the Takoradi Port in favor of Atuabo Free Port.

According to the court, Parliament – which approved the 600 million dollar project – is an independent arm of government and any decision to quash what has been approved by the legislative body with the right procedures as per the standing orders cannot be overturned by a court.

In July, Parliament approved an agreement between the government of Ghana and a British company, Lonrho Ports, for the development of an oil and gas free port at Atuabo.

Clause 7 of the agreement bars Takoradi Port from further expanding its facilities for oil and gas until Lonrho builds its freeport, recovers all its costs, and makes enough profit.

Chairman of the roads and transport committee of parliament, Theophilus Tetteh Chae told Joy News the decision of the court indicates that parliament did a good job on the contract.

“It is an indication of the fact that Parliament has done its job…I believe that this will also give confidence to the Lonrho Group that is supposed to carry out these projects so that their financiers come together to ensure the project is completed on time”, he said.