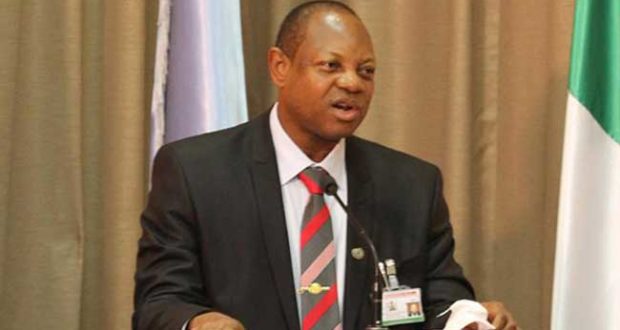 The Coordinator, Presidential Amnesty Programme (PAP) Brig. Gen. Paul Boroh (rtd.), has said that about 14,366 ex-agitators had been trained in the programme.

Boroh, who made this disclosure when he featured at the News Agency of Nigeria, NAN, Forum in Abuja on Sunday, explained that their capacities had also been developed in the areas of agriculture, automobile engineering, aviation sector and then we are also looking at the sports sector.

He added that since the inception of the programme, it had granted amnesty to 30,000 ex-agitators of the Niger Delta region as well as pronouncement of their engagement to capacity development.

Mr. Boroh said that between now and December 17, its organisation would continue to graduate more ex-agitators, who have benefited from the scheme.

According to the Coordinator, the Amnesty education programme is winding down and there is need to graduate more of the beneficiaries. He said the role of education in a national development cannot be over emphasised.

He added that education was a pivotal investment for human and economic development and also influenced by the environment within which it exists.

Mr. Boroh said that the President Muhammadu Buhari administration is aware of the needs of today’s youth to have a specific set of skills to survive in this competitive world to progress.

The presidential aide said that the beneficiaries who are now graduates were aware of the socio-economic scenario of the nation and can help in moving the region and the nation forward.

According to him, the beneficiaries can now contribute towards nation-building which requires a democratic society that allows the contribution of all, rich or poor.

“From now till December 17 you will be hearing of graduations because we are winding down and positively for that matter as well as empowerment.

“Right now, we have trained about 14,366 ex-agitators in the programme and their capacities have also been developed in the areas of agriculture, automobile engineering, aviation sector and then we are also looking at the sports sector,” he said.

Ijaw Youths Shut Content Board For Not Relocating IOCs Offices