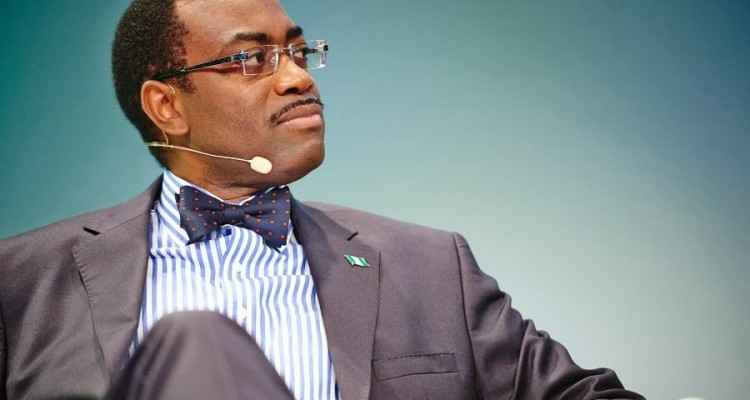 The President of the African Development Bank, AfDB, Dr. Akinwumi Adesina has disclosed that the recently-launched Africa Renewable Energy Initiative has received 10 billion US dollars support from G7-countries to enable the continent to produce 300 gigawatts of electricity by the year 2030.

Adesina, who disclosed this in an interview with the News Agency of Nigeria (NAN) in Abuja on Monday, said that electricity would be generated from the wind, solar and other sources.

He noted that, “In the last two weeks, we have worked hard and we have launched what is called the African Renewable Energy Initiative.

“That Africa renewable energy initiative was launched just last week in Paris and it has already garnered 10 billion US dollars as support by the G7-countries.

“And our goal is to provide Africa with 300 gigawatts of electricity by 2030 all from renewable sources – whether it is from wind, from solar (or) from geothermal.”

Adesina explained that, “Africa did not go to beg in Paris. Africa contributes only four per cent of global green house emission, but we suffer disproportionately in term of the negative impact of climate change.

“Africa today loses over 50 billion dollars a year from drought, from flood as a result of climate change. There cannot be a successful climate finance agreement unless the needs of Africa are met

“But out of the total amount so far obtained towards COP21 (the 21st Climate Conference of Paris) success on climate of about 68 billion dollars, 14 per cent of that is for climate adaption.“

The AfDB president said that the initiative was to ensure universal access to sufficient amount of clean, appropriate, and affordable energy.

He stated that that the renewable energy programme is to help Africa achieve sound and sustainable development.

He noted that Africa has no fewer than 640 million people living without electricity while 700 million Africans, most of whom are women, lack access to clean cooking energy.

Adesina, who identified the underfunding of climate adaptation as Africa’s major challenge.
According to him, “Adaptation to global warming is a response to global warming. It seeks to reduce the vulnerability of social and biological systems to current climate change and thus offset the effects of global warming.

He said it was unfortunate that Africa could only produce about 90 gigawatts of electricity in spite of the available potential.

“Africa is tired of being in the dark and the bank has taken the leadership in working with others to help light up and power Africa,” he said.

On agriculture, Adesina said that Africa had the potential to feed the whole world.
According to him, all it needs to do is to release its potential energy and convert it to dynamic energy.

He said that AfDB would encourage African countries to take advantage of the business opportunities inherent in agriculture.

Adeshina further said that with the bank’s support, African countries would be able to add value to the cultivation of food and cash crops such as rice, cassava, cocoa, coffee, and cotton.

“The bank is going to support countries all across to do what we call commercial financing and investment to go into agriculture. When you get agriculture right, you get macro-economic and fiscal stabilisation right.’’