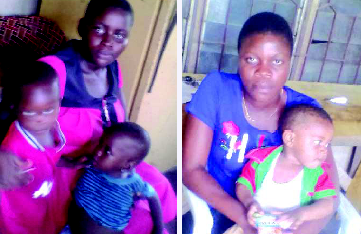 Some families of the victims of the Osisioma Ngwa pipeline explosion that killed over 200 persons at Umuaduru and Umuimo villages have cried out that the state government and the Nigerian National Petroleum Corporation, NNPC, has abandoned them to their fate.

They stated that they have been made to suffer untold hardship as a result of the loss of their relations in the incident as the government and NNPC were yet to fulfill their promises to assist them.

South East Voice gathered that officials of the NNPC had donated 200 bags of rice, bags of beans, salt, groundnut and tomatoes to the bereaved families.

It was further gathered that the Atiku/Obi presidential campaign organization had also pledged N10 million to assist victims of the incident, but it could not be confirmed if the pledged has been redeemed.

To further assist the victims, Gov. Okezie Ikpeazu had pledged to offset their hospital bills and help rehabilitate those who suffered losses in the incident to enable restart their businesses.

“Those who have been rendered orphans and those who lost their properties and businesses will be assisted. We are determined to provide succor and help for those who are alive. We cannot replace everything, but we try to make the situation a little bit bearable,” the governor said.

However, in separate interviews with South East Voice, some families who lost their relations in the incident lamented that they have not received any money from the state government, NNPC or Atiku presidential organization.    They stated that life has been too difficult for them and urged the Abia state government, NNPC and public spirited individuals to come to their aid to enable them feed and train their children.

According to them, “We were mandated to fill forms at the Osisioma Ngwa local government secretariat which he have complied with. We have been visiting the local government daily, but they told us that money was yet to be released.”

Mrs Oluomachi Ifeanyichukwu, aged 22, and widow of Ifeanyichukwu Ndubuisi Oluikpe, who died in the inferno, said she could no longer feed her four children since the death of her husband.

“Life has been very difficult for me and my four children since the death of my husband. I have withdrawn the children from school because there is no money to pay their fees. If not for my father in law, who has been taking care of us, I don’t know what I would have done. The NNPC gave me 2 bags of rice, 2 litres of groundnut oil, 8 sachets of salt, 6 tins of tomato and 3 small buckets of beans.    Since then, nothing has been heard from them.

“I’m appealing to the Abia State government and the NNPC to fulfill their promise of assisting us. Let the governor fulfill his promise to assist us, let them release the N10 million promised by Atiku Abubakar to us. It will go a long way to reduce our sufferings.”

A nursing mother, Precious Prince, aged 21, whose husband, Prince Friday, also died as a result of severe burns sustained in the incident, urged the Abia State government and the NNPC to grant soft loans to the victims’ families to enable them start small scale businesses to help train her child. Another widow, Faith Omeonu, also called on the Abia state government to fulfill its promise of assisting to reduce the suffering of the victims, stressing that she has found it difficult to feed her two children since the death of her husband. “The NNPC gave us food stuffs but it is not enough. I need money to start a small business to help myself and the baby. I have filled forms at the local government, but they said money has not been released.”

The most pathetic is the case of a 70 year old blind man, Ikechi Oguobi, whose son, Onuabuchi Ikechi, died in the fire. Pa Oguobi lamented that his health has deteriorated since the death of his son who was the breadwinner of the family.

“Onuabuchi was the one who was taking me from one hospital to another in search of cure. Now, he is dead, where do I do? I can’t even afford drugs. He left behind a wife and two children. I am a blind man and my wife is also old. My health has deteriorated since his death. I am calling on the government to come to our aid before we died of hunger. We heard that Governor Okezie Ikpeazu promised to assist us, and that Alhaji Atiku Abubakar gave us N10 million, but we are yet to receive any money.”

Reacting to the plight of the victims’ families, two human rights organizations; Easy Life Initiative for Rural Youths and Primate Salvation Initiative, who said they have the mandate of the families, urged Gov. Ikpeazu to fulfill his promise to rehabilitate the victims.

Abia State Commissioner for Information, Mr. John Okiyi Kalu, said the government has not abandoned the victims or their families.    “The committee set up by the state government to investigate the immediate and remote cause of the fire is yet to submit its report. “One of the terms of reference of the committee is to identify the victims of the incident, dead and living, as well as their family members.  “

As soon as the committee submits its report, we will commence the disbursement of the N8.5 million raised by the governor during his birthday as well as the N10 million donated by the Atiku/Obi presidential campaign organization. The governor also ensured that survivors were treated free of charge,” he said.

However, a source at the NNPC Depot, Aba , said that only the national headquarters of the corporation could react to such matters