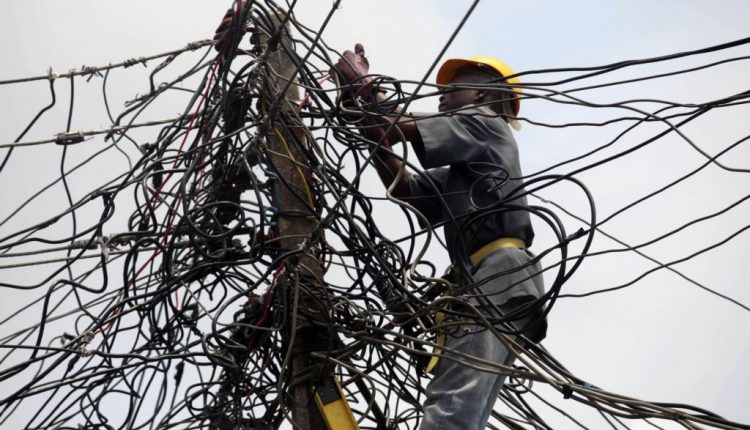 80 Percent of Nigerians Do Not Have Access to Decent Energy, At Risk of Cardiac Failure – Aderinde

Meeting the energy consumption demand in Nigeria has been a major challenge to the country since the last 20 years. The attempt by subsequent governments at alternative sources such as hydro dam, thermal power and use of fossil sources to produce electricity through generators has increased carbon emission and its adverse effects on the environment.

But Olusegun Aderinde, the  General manager of Dolak International Power Limited and also the Group Managing Director of Green Energy Finance PLC, said that a shift from continuous reliance on hydro and fossil power sources to Green energy sources may be of greater relief and benefits to the national economy and environment.

“Renewable energy is about reducing the carbon emission into the atmosphere, proving electrical energy through wind, biomass, wind current, solar panels (sun) and, and inverter systems amongst other. We must build systems to generate power that hardly uses Hydrocarbons, which are expensive and pollute the environment,” he said.

He claims that just as in Germany, most homes in Israel are on solar panels mounted on the rooftop. Thus electrical cables are not visible on poles by the street side as it is here in Nigeria. Whereas Israel is a temperate and desert region, Nigeria with abundance of sunshine   is well positioned to benefit from alternative power deployment from solar.

In his view, Aderinde said that about 80 percent of Nigerians do not have access to decent energy; they are under the risk of cardiac failure because of the use of carbon. “In latest medical report from the UK, a Nigerian was sent to the hospital and they discovered that he had diesel driven cancer to excessive exposure to diesel. To him, the high rate of cancer among Nigerian VIP’s is as a result of excessive exposure to diesel from generating sects. Such exposure causes heart failure, cancer and haemoglobin toxic problems, that are why we want to renew the earth by ‘greenification’, that is the essence of green energy,” he said.

How Rwanda is Spurring a Generation of Women in Technology

The history of electricity development in Nigeria can be traced back to the end of the 19th century when the first generating power plant was installed in the city of Lagos in 1898 fifteen years after England began public supply of electricity.

From then until 1950, the pattern of electricity development was in the form of individual electricity power undertaking scattered all over the towns.

Some of the few undertaking were Federal Government bodies under the Public Works Dept, some by the Native Authorities and others by the Municipal Authorities.

Despite Nigeria’s early experiment with electricity generation and supply, the country has not met 40 per cent of her electricity consumption requirement for both industrial and domestic uses.

To meet the shortfall in the nation’s electricity demand and supply, other sources of electricity supplies were turned to without much significant success recorded but with much negative impact on the environment. Most of the electricity supply in Nigeria is provided by generators, using fossil oil and gas.

The continued use of this alternative source of power supply has its own inherent dangers such as carbon emission, leading to ozone depletion. Generators make a lot of noise when running, and they run on fossil fuels, which pollute the environment leading to many cases of deaths from inhale of fumes and fire accidents.

Experts in electricity generations and supply and environmentalists are also of the concerns that with Nigerian population estimated to hit between 257million people by 2030 the demand for energy would continue to rise.

Their fear is not on the ability or otherwise of the nation to meet electricity demands by then, but the immense negative impact electricity generation and distribution either from the hydro dam, thermal stations and generators would have on the nation.

The struggle continues between the nation’s growing demand for energy and the increasingly urgent need for that energy to be clean and renewable.