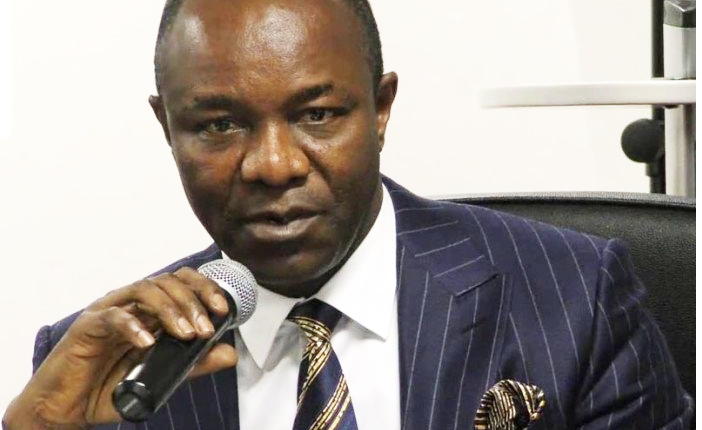 Minister of State for Petroleum Resources, Mr. Ibe Kachikwu, recentlly assured that the forthcoming elections in 2019 would not derail the attainment of the Final Investment Decision (FID) of Train 7 of the Nigerian Liquefied Natural Gas (NLNG).
Kachikwu, who was speaking during a visit to the NLNG plant complex in Bonny Island, Rivers State, disclosed that the company had always remained insulated from politics, while he added that the Federal Government would provide the much-needed support to enable the company to achieve its goals. Kachikwu called on the company to look into the factors responsible for the high prices of its products, especially, Liquefied Petroleum Gas (LPG) in the local market, compared to imported ones.
According to him, operators now find it cheaper to bring in imported gas into the Nigerian market than buying from the NLNG, because it is way cheaper than the ones purchased from the company, while he added that this was not the original plan of the government. To this end, Kachikwu noted that the Federal Government would set up an inter-ministerial task team to engage with the NLNG on ways to increase consumption and drag down the price of LPG, also known as cooking gas, ensuring that locally-produced LPG is cheaper than its imported counterpart. The minister also stated that the Federal Government would be engaging with the management of the Nigerian Liquefied Natural Gas Company, NLNG, to determine the best role the company could play in the revival and mobilisation of investments for the moribund Brass LNG and Olokola LNG.

He advised the NLNG to get out of its comfort zone and make investments or mobilize resources and investors for the successful take-off of both projects. He assured that the revival of the two LNG projects would help create about 5,000 jobs in peak periods and almost 3,000 jobs in normal periods. He said, “The NLNG has been fantastic in terms of its comfort zone. You probably can give them a 100 percent in terms of their own performance. But I am saying that the world is bigger than this island. We have opportunities that are stranded everywhere — Brass LNG, in terms of shareholding, financing; OKLNG, in terms of getting off the ground. “I would like to see NLNG get out of its comfort zone over the next 30 years. Different from Train 8 and nimble investments in smaller fields, how about Brass LNG and OK LNG? Why must you not be the parents of those types of investments? Even if it is just to harness the potential investors because of the clout and respect you have in the international financial community.
“I like to see you hand-hold some of those projects, even if it is little investments you have as a collective. You need to go from the whole to a smaller collective and to drive the process.”

Kachikwu further stated that the Federal Government would be reaching out to the NLNG, not seeking to compel it, but enter into a collaboration with it to see what could be done and how government can learn from what they have done well to drive the process of revival and completion of the two LNG projects. He said, “I am saying as the grandfather of this business, the NLNG have built six trains, looking at seven; hopefully, potentially more, let us begin to look at where through minimal investments, through structures and designs, reconfigurations and expert advice, you can actually hand-hold some of those trains that are beginning to lag behind, so that the whole founding fathers’ concept of taking this all over the place happens.”

Also speaking, Managing Director/Chief Executive Officer of the NLNG, Mr. Tony Attah, expressed optimism that with the support and full backing of the Federal Government, the company is poised to ensuring that Train 7 becomes a reality. In his presentation, General Manager, Production of the NLNG, Mr. Tayo Ogini said the planned Train 7 holds immense potentials for Nigeria. According to him, Train 7 would bring about a 35 percent growth in Nigeria’s LNG output, create 8,000 jobs, build capacity for small-scale LNG and increase domestic LPG supply to about 0.5 million tonnes per annum.
He added that the NLNG as part of its 30-year initiative was targeting an investment of N3 billion annually in the Bonny Kingdom to drive development in the community and transform it into a notable tourist and relaxation destination.