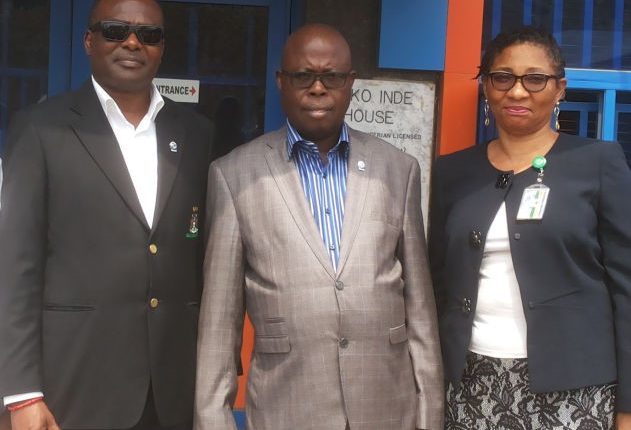 In its determination to enforce implementation of minimum standard of trucks operating at the ports, the Nigerian Ports Authority (NPA) has reached out to the Association of Nigerian Licensed Customs Agents (ANLCA) and the National Association of Government Approved Freight Forwarders (NAGAFF) to help sensitize its members and solicit their cooperation in achieving desired outcome.

General Manager, Western Ports of NPA, High Chief Michael Ajayi made the appeal when he visited the headquarters of both associations in Lagos. Ajayi also disclosed that NPA had so far registered and certified 1,500 trucks for operations at the ports in Lagos.

“This exercise will afford NPA the opportunity of data collation for traffic and infrastructure planning process and to prevent sharp practices like theft and to serve as security measure to prevent any threat to security in the ports in compliance with the International Ships & Ports Facility Security Code (ISPS Code).

“We are here to ask for your cooperation and to inform your members not to patronise any truck without NPA sticker as such truck has not passed through our road worthiness certification exercise.

“With effect from March 1st 2016, all trucks without NPA sticker will not be allowed into the port,” he said.

He also informed the agents that plans were ongoing to construct some parts of the road leading to the ports by Dangote Group with the support of NPA.

In his response, the National President of ANLCA, Prince Olayiwola Shittu lamented the proliferation of touts at the port saying that the negative image often associated with clearing agents was as a result of unwanted persons loitering around the port environment unchecked.

He blamed the situation on the Council for the Regulation of Freight Forwarders (CRFFN) whom he said deceived NPA to issue port pass to individuals registered by the council to have access to the port.

“Why NPA should be issuing us annual license which we pay for if at the end of the day you don’t recognise the people you have licensed. That is the reason why there are touts in the ports,” he said.

He charged NPA to take the bull by the horn and do the needful if it is indeed desirous of controlling crowd at the port by issuing new port passes to only corporate bodies.

Shittu also appealed to his guest to address the problem of extortion by NPA security officials at the port.

The National President of NAGAFF, Chief Eugene Nweke who received Ajayi and his team at the NAGAFF headquarters in Apapa, appealed to NPA to prevail on truck operators to adopt uniform charges in their operations.

While commending NPA for embarking on truck certification to ensure that only roadworthy trucks are allowed into the ports, he also called for action to curtail alleged extortion by security operatives.

He also requested that further palliative measures be put in place to fix other bad portions of the access roads.

Responding to some of the requests made, Ajayi said NPA would introduce a new biometric identity card to address the problem of different port passes control access into the ports.

He also assured that NPA would investigate cases of extortion by security agencies and bring to book any operative found culpable.