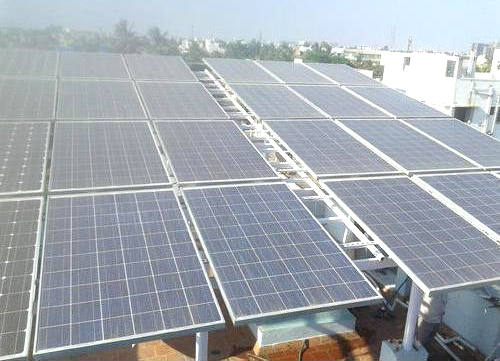 …FG should dedicate taskforce for RE, EE in Custom

AS the nation strives in the face of poor manufacturing capacity, with weighty reliant on imports, the Renewable Energy Association of Nigeria, REAN, has disclosed that the 10 percent import duty on solar panel by the Nigerian Customs Service, NCS, will hinder the Federal Government 2030 vision on nationwide electrification.

This is even as the Association calls on the Federal Ministry of Finance to establish a dedicated task force for Renewable Energy (RE) and Energy Efficiency (EE) within the Nigerian Customs.

According to the President, REAN, Mr. Segun Adaju, “It has come to the attention of the Executive Committee of the REAN, a private sector renewable energy group in Nigeria, that our members are being forced to pay between 5 percent to 10 percent import duty on solar panel by the Nigeria Custom Service even though under the CET code 8541.4010.00 a classification for import duty tariff on solar panel should be 0 percent.”

‎                Reacting to the claim, the Public Relations Officer of the NCS, Mr. Joseph Attah, “It has to do with the policy of the federal government. It is true that the government policy to support electrification of the nation actually places solar panel on HS code 8541 which is zero percent duty.”

Adaju explained that, “The imposition of arbitrary port charges will accelerate value destruction within this industry and will cause prices to rise to uncompetitive levels. All over the world, the cost of solar panels is falling leading to increased adoption of renewables. Paris-based International Energy Association said that renewables accounted for almost two-thirds of net power capacity around the world in 2016, with almost 165 gigawatts (GW) coming online boosted by solar. The country stands to lose out on this.

In addition, he stressed that, “Nigeria currently does not have the capacity to manufacture solar panels in volumes that meet market demand hence our recourse to importation while growing capacity locally. This tariff will increase acquisition cost of solar panels in Nigeria which are currently heavily deplored in rural areas where purchasing power is low. This could derail Nigeria’s plan to generate 30 percent of electricity through renewables by 2030.

“Consequently, discharge of goods from the ports has been slowed down immensely and demurrage charges have risen for our members since the start of the year. This has grave implications for Nigeria’s quest to improve the ease of doing business and deepen energy quest for over 70 million people without inadequate access to power.

He noted that the nation moved up 24 places, from 169th to 145th on the World Bank Ease of Doing Business Report in 2017 because of the current administration willingness to improve business climate and ensure the survival of private sector.

Segun stated that, “We commend the Presidential Enabling Business Environment Council (PEBEC) team on its successes thus far. However, it will be counterproductive for government agencies at the ports to operate in a manner that set them against the vision of government. This will reverse achievements this government has made thus far.

“We, therefore, urge the federal government, the federal ministry of finance, PEBEC and EBES to take control of the situation immediately and instruct the Nigerian Customs Service to immediately stop the imposition of these port charges on imported Solar Panels.

“We also urge the Federal Ministry of Finance to establish a dedicated task force for Renewable Energy and Energy Efficiency within the Nigerian Customs that will fast track screening of RE and EE components coming into the country and streamline the cumbersome importation process. This task force will also ensure that the correct HS codes and federal government incentives are applied to imported RE and EE goods.

“As concern Nigerians and sector participants, the members of REAN have answered that national call by providing solutions to the country’s epileptic power situation and our members currently provide over 10,000 direct and indirect jobs to the Nigerian economy. This is apart from the other benefits like increased disposable incomes, improved environmental conditions (like reduced noise and air pollution due to the displacement of diesel generators).

He noted that If the association want to bring the complete solar set to zero percent, “It will be in their place to approach the federal government to bring 8501 under the zero import duty policy and we will implement, because, we only implement policies of the government.”