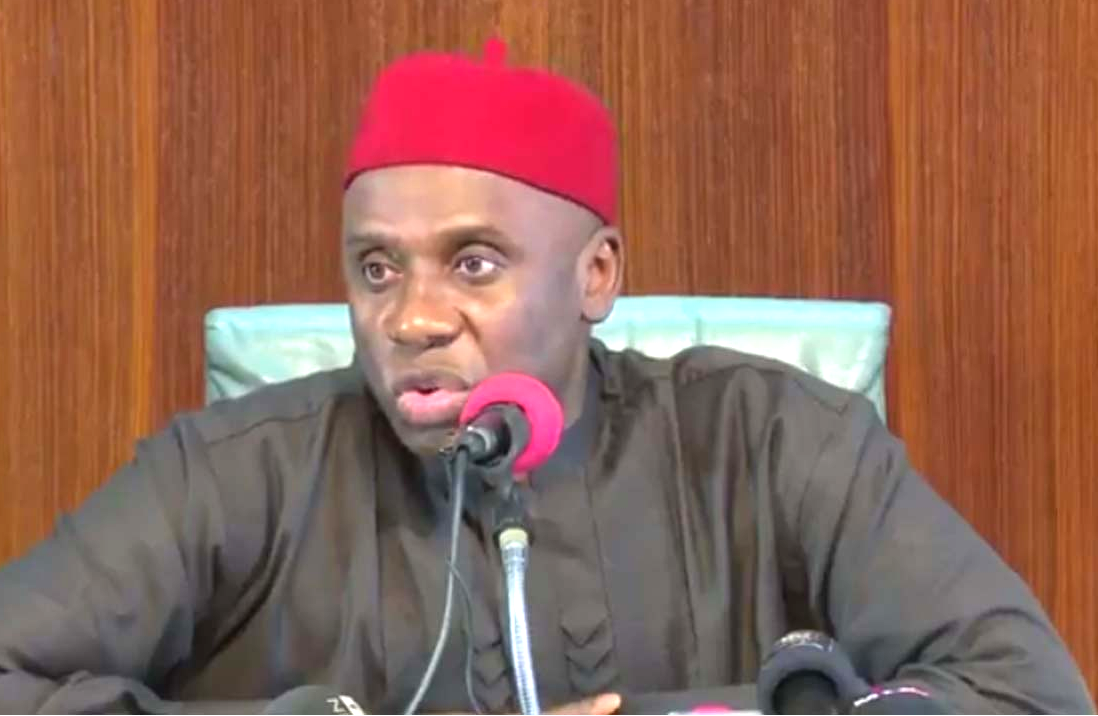 The Federal Government of Nigeria has expressed its readiness to cooperate with other African countries and development bodies to advance the continent’s prosperity through the safe and sustainable use of Africa’s vast sea and ocean resources.

The Minister of Transportation, Mr. Rotimi Amaechi, made this known at the first ‘Sustainable Blue Economy Conference’ in Nairobi.

Amaechi, who conveyed Nigeria’s statement of commitment to the ‘blue economy’ initiative, said its growth was the most viable option for Africa’s development in the wake of declining mineral and commodity prices.

He said the high level participation in the conference demonstrated the importance African countries attached to the ‘blue economy’ and their resolve to use the resources of the seas and oceans to accelerate economic growth and reduce poverty to the barest minimum.

The minister, who was represented by the Director-General of the Nigerian Maritime Administration and Safety Agency, NIMASA, and Chairman of the Association of African Maritime Administrations, AAMA, Dr. Dakuku Peterside, said that Nigeria, as country, was conscious of its responsibilities and international obligations which have given rise to its endorsement and domestication of key International Maritime Organisation, IMO, and other important African Union continental instruments.

“We are mindful and highly committed to our responsibilities to protect our marine environment to ensure that our continent does not become dumping ground for pollutants which can prevent exploration of ocean resources” he said.

Amaechi highlighted steps taken by the Federal Government to mainstream the blue economy concept into its Economic Recovery and Growth Plan (ERGP) to include formulation of a draft National Transport Policy, which is awaiting approval of the Federal Executive Council.

The policy, according to him, will provide the platform to implement at the country level the framework for the protection and sustainable exploitation of Africa’s maritime domain. The government has also constituted a high-powered committee, coordinated by the Federal Ministry of Transportation, to formulate and map out a roadmap to align the Blue Economy regime with the country’s ERGP, Amaechi said.

Other steps include the drafting of a dedicated anti-piracy bill, which is before the National Assembly, to provide the requisite framework for the fight, prosecution and punishment of piracy and other related crimes in Nigeria and the Gulf of Guinea; and approval for the acquisition of intelligence gathering maritime domain awareness assets and military response assets to fight pirates and make Nigeria’s maritime domain safe for economic activities.

The inaugural ‘Sustainable Blue Economy Conference’, which held from November 26 to 28 in the Kenyan capital, had over 15,000 participants from around the world. They gathered to discuss how to build a blue economy that harnesses the potentials of oceans, seas, lakes and rivers to improve the lives of people, particularly those in developing countries.