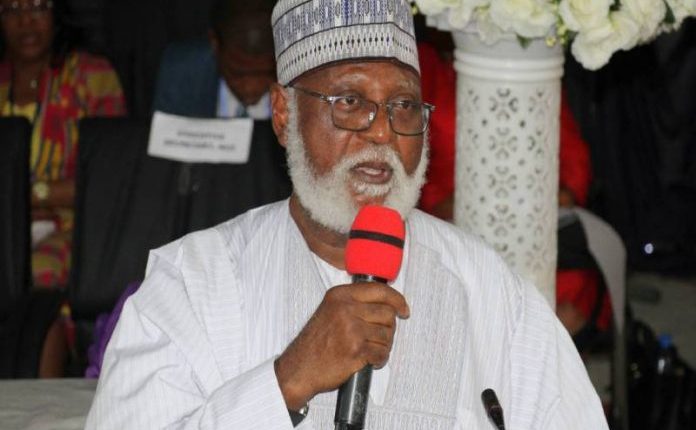 By OrientEnergyReview On Jan 11, 2019
0 76
Share
A former Nigerian head of state, General Abdulsalami Abubakar (rtd), says the nation’s maritime sector is well-positioned to serve as an alternative source of revenue for the Federal Government.
Abubakar, who spoke ahead of the Nigerian Maritime Administration and Safety Agency (NIMASA) Maritime Awards, commended efforts by the agency to motivate stakeholders and staff.
”It is time to develop other alternative sources of revenue for the nation and the maritime sector is well positioned to do so. What NIMASA is doing in the industry and the awards are quite in line to motivate stakeholders and staff to take advantage of the policies in place to invest and grow the economy,” General Abubakar said.
On his part, the Director General of NIMASA, Dr. Dakuku Peterside, disclosed that the successes recorded so far in the maritime sector were as a result of the cooperation of stakeholders in the industry with the agency.
He maintained that the Maritime award was part of efforts to celebrate and reward excellence in the Nigerian maritime industry and to also encourage more local participation in the shipping business as well as draw attention to the vast opportunities in the sector for both foreign and local investors.
The event, which is scheduled for Saturday, January 12, at the Eko Hotels and Suites, Lagos, is expected to attract dignitaries from all sectors, including the Secretary to the Government of the Federation (SGF), Mr. Boss Mustapha, who is billed to chair the event. The minister of Transportation, Mr. Rotimi Amaechi will be host of the event.