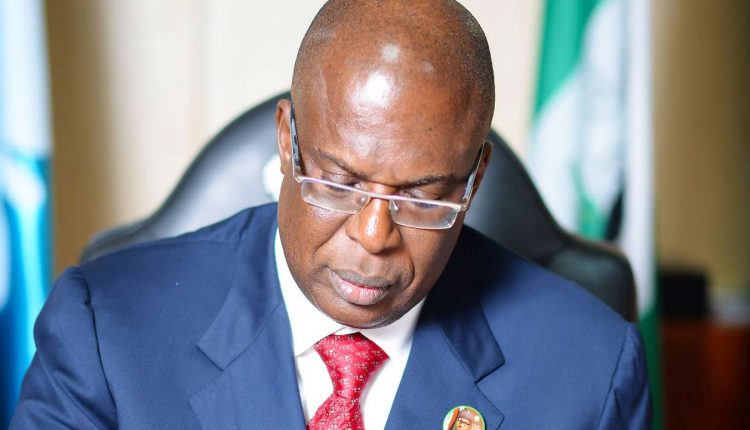 The event took place this week during the second edition of the Board’s R&D Fair and Conference held at the 17-storey Nigerian Content Tower in Yenagoa, Bayelsa State capital.

The theme of the fair was, ‘Creating Sustainable Collaboration in Research and Development for the Energy Industry and its Linkage Sectors.’

The minister who was represented by the Permanent Secretary in the petroleum resources ministry, Mr. Nasir Sani Gwarzo, noted that the fund would be expended in crucial areas including establishment of research centers of excellence, funding support for research commercialization, funding support for basic and applied research and endowment of professorial chairs in universities and research institutions in the country.

He lamented that the continued underfunding of research and development in Nigeria has continued to reflect on the country’s overdependence on foreign goods and services.

”This is unsustainable if we are serious about building a national technological capability that will drive economic growth,” he said.

The minister therefore urged oil and gas operating and service companies and other members of the private sector to embrace investment in R&D as a key component of their business model in order to complement the NCDMB effort.

Also, while commissioning the Technology Incubation and Innovation Center, Chief Sylva affirmed that the centre will provide a formidable platform for generation, incubation and acceleration of innovative ideas to the world marketplace.

The minister maintained that innovations start from the creation of ecosystems where ideas can connect. He therefore challenged various industry stakeholders and youths to utilize the Center to solidify adaptation of existing solutions and also create new solutions that address major industry challenges in the country.

Furthermore, Chief Sylva reconstituted the Nigerian Content Research and Development Council, NCRDC. The council consists of delegates from three key groups including the Government, Industry and the Academia.

Speaking earlier during his presentation, the Executive Secretary of NCDMB, Engr. Simbi Kesiye Wabote noted that research and development is integral to the growth and development of any nation as it plays an important role in opening new chapters of modern life.

Engr. Wabote however regretted that African nations accounted for less than 1% of what is spent on R&D globally, adding that the continent’s aggregate GDP is only 3% of the global GDP.

“There is a nexus between what is spent on research and development and economic prosperity. It is time to start nurturing the growth of our home-grown technology rather than just being a wholesome consumer of other people’s innovation,” he said.

According to Engr. Wabote, another reason NCDMB is channeling its efforts on research and development is because it is one of the six parameters which are essential for sustainable local content practice.

Other five parameters for sustainable local content development according to him include an enabling regulatory framework, periodic gap analysis, structured capacity building and fiscal and monetary incentives to attract new investments and keep existing businesses afloat as well as create access to market to enhance patronage of goods and services generated from established capacities.

He further explained that another reason the Board is promoting research and development in the oil and gas industry is because it is in line with the provisions of the Nigerian Oil and Gas Industry Content Development, NOGICD, Act of 2010.

He also noted that research and development is a major feature of the Board’s 10-Year Strategic roadmap that seeks to increase the level of Nigerian content in the oil and gas industry to 70 percent by the year 2027.

He said, “The 10-Year Roadmap consists of five pillars and four enablers. The pillar on Technical Capability Development contains initiatives to further drive the delivery of Research and Development in the oil and gas industry.

The enabler on research and statistics cover the initiatives required to conduct research in key areas to generate new evidence to address industry knowledge gaps and operational challenges.”

Furthermore, Engr. Wabote announced that the Board would soon embark on a roadshow to showcase its research and development initiatives to the various stakeholder groups in the country, including universities which represent a key constituency; saying that the Board was set to move fully into the implementation phase of its initiatives to derive better results from the intellect of Nigerians in the academia, research institutions, and technology hubs.

Also speaking during the event, the Group Managing Director of the Nigerian National Petroleum Corporation, NNPC, Mallam Mele Kyari in a goodwill message assured the support of the NNPC and the entire oil industry to the Board’s R&D initiatives.

The highlight of the Fair was exhibitions by universities and inventors and technical discussions by academics and stakeholders in oil and gas on strategies for generating demand driven research that would solve practical problems and improve the operations of the oil and gas industry.