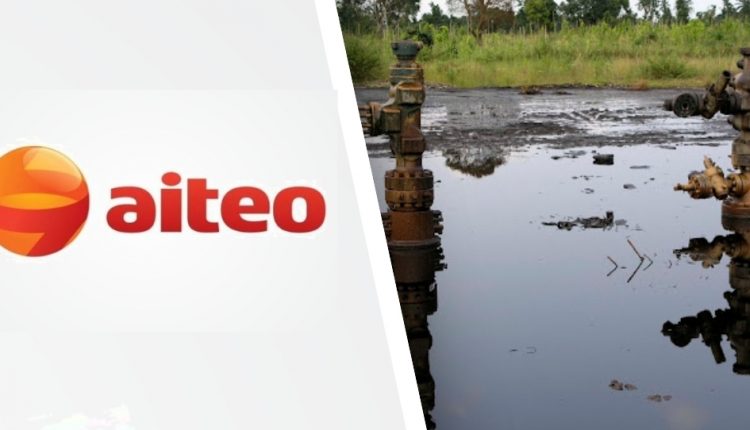 Fishing communities along the Santa Barbra River and Nembe creeks in Bayelsa where the Nov. 5 oil leak from Aiteo’s OML 29, had condemned the scanty palliative from the exploration company, describing the company as insensitive to their plight.

The fishermen along the Santa Barbra are equally complaining that their source of livelihood has been wiped out as the spill has poisoned the waters, killing the aquatic life. Chairman of the fishing communities settlement, Chief Kellcy Ayebaemi-Dio, told newsmen yesterday in Yenegoa that the oil spill has thrown residents of about 41 fishing settlements out of business.

Chief Ayebaemi-Dio noted that the volume of spill discharged has completely overwhelmed the predominantly fishing population. Recall that the management of Aiteo, an indigenous oil firm which operates the Oil Mining Lease (OML) 29 said the leak remains ongoing even as it has sought foreign technical assistance to cap the leaking oil well.

Although, the oil firm said it was yet to ascertain the volume of crude discharged into the environment, at least 4,000 barrels of Bonny light crude blend in four barges of 1,000 barrels have been recovered from the spill incident site.

Chief Ayebaemi-Dio said: “Our artisanal fishing vocation has been threatened and halted abruptly and daily income that used to come from our daily expedition has ceased for about three weeks now. Life has been difficult and we are even exposed to gas pollution on a daily basis. The well, we are meant to understand, is a gas well consisting 80% of gas and 20% of crude and all the response has been on oil recovery and nothing is done about gas.

“The ratio speaks volumes of the dangers before us as our people face respiratory difficulties. We are told that Aiteo sent relief materials but the quantity that trickled down to each community people and was less than two bags of rice, garri, beans and the relief materials were grossly inadequate and we have lost daily income while the leak has lasted.

“We urge the Bayelsa government to emulate Aiteo and come to our aid at this point of been, the state earns billions of oil derivation monthly and uses it to run the government while neglecting us, this is the right time for them to show empathy to us,” he said.

It would be recalled that Bayelsa government had berated the pace of response by Aiteo to the spill incident and their inability to plug the pinging leak and warned the oil firm to be ready to take responsibility for polluting the waterways.