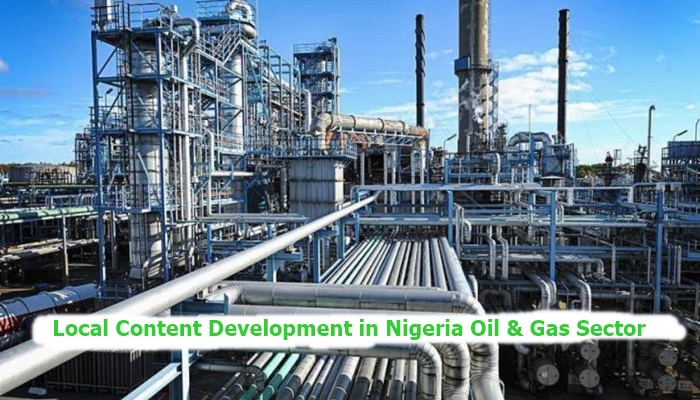 Chairman, Nigeria’s House of Representatives Committee on Nigerian Content Development and Monitoring, Legor Idagbo, has said his committee is ready to expand the definition and consequence of the local content portfolio beyond oil and gas.

Hon. Idagbo spoke in Yenegoa when his committee went on an oversight visit to the Nigerian Content Development and Management Board (NCDMB), said part of their constitutional responsibility, and legislative function to strengthen the NCDMB and sponsor bills in line with current realities.

During a courtesy call on the governor, Senator Duoye Diri, the committee chairman commended him for his partnership with the NCDMB by providing infrastructure at the Oloibiri Museum and Research Centre project. The Committee equally commended the governor for ensuring peace and stability at the Board’s headquarters and at every of its other project sites in the Bayelsa state.

Hon. Legor Idagbo told the governor, a former member of the National Assembly, that the legislators were in the state on oversight duties on the NCDMB.

In his comments, Governor Douye Diri commended the Nigerian Content Development and Monitoring Board (NCDMB), maintaining a cordial, fruitful and robust partnership with the government of Bayelsa.

He confessed that the NCDMB under the administration of the Executive Secretary, Engr. Simbi Wabote, as the only functional federal agency in the state, adding that the residents and indigenes are feeling the impact of the Board activities.

The governor used the opportunity to express regret over the silence of the lawmakers in the lower chamber on the November 5 oil spill in Nembe area which devastated the environment for over one month.

According to him, there was nowhere in the world an oil spill would last for over a month and the people’s representatives would be silent. “I like to observe that as a part of you, the vibrancy I used to see in the House appears to be extinguishing. Please, let that spirit be revived.

“I stand by what I said during the period of the oil spill. There is nowhere in the world an oil spill of such magnitude will occur and the legislators would be silent. I drew a parallel with the oil spill ten years ago in the Gulf of Mexico.

“Here in the creeks of Bayelsa, we had a gushing oil spill for more than one full month and there was a loud silence from my own constituency, the Green Chamber. So, let us revive that vibrancy again.”

According to him, one does not have to be a Bayelsan to raise a motion on the spill, likening it to Boko Haram insurgency and banditry ravaging the North that every member had raised motions to see to its end.