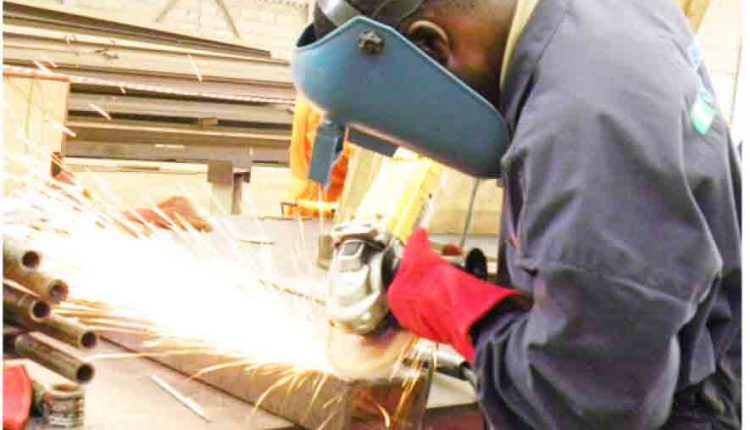 The Nigerian Content Development and Monitoring Board, NCDMB, is targeting in-country retention of $14 billion out of the $20 billion annual oil industry capital spending by 2020. By this move, the NCDMB hopes to localise about 70 percent of the total industry annual spending and create over 300,000 direct jobs.
The Director, Finance and Personnel Management at NCDMB, Mr. Issac Iyalah, revealed this in Lagos, saying the target would be achieved through a two-pronged approach, which, according to him, included creating enabling environment to attract investors and protecting existing and new local investment by effective compliance oversight and monitoring. It would also “require deepening of local content practice in the upstream, midstream and downstream sectors of our oil and gas industry”, he said, stressing: “This will retain 14 billion dollars yearly out of 20 billion dollars average yearly in-spent capital in the country, and create 300, 000 jobs by 2027”. He revealed that the board was working towards amending the Nigerian Oil and Gas Industry Content Development, NOGICD, Act 2010 with the aim of deepening local participation in the oil and gas industry.
“One of the duties of the NOGICD Act 2010 seeks to develop the local supply chain for effective and efficient service delivery without compromising the oil and gas standard, Iyalah said as he revealed that when amended, the NOGICD Act would further push retention of in-country spent capital in the oil and gas sector from the current five percent which goes to Nigerian companies to 70 percent by 2027.

“The NOGICD Act 2010 is almost ten years old and we are proud to say that the Board is working to increase the current 5 percent capital being spent in the country to 70 percent by 2027. “The bill is currently at the National Assembly for debate. Once amended, we would have created 300,000 jobs by 2027,” he added.
Iyalah stated that the Nigerian oil and gas sector, which is over 60 years old, has been dominated by International Oil Companies, “with indigenous companies recently and slowly gaining ground in terms of participation”. According to him, the participation of the indigenous oil and gas companies has increased from five percent to 20 percent since the establishment of the NCDMB about 10 years ago.
On the board’s 10-year roadmap, he said its success would be dependent on five pillars: technical capability development, compliance and enforcement, enabling business environment, organisation capability and sectoral and regional market. The five pillars, he said, also rest on funding, regulatory environment, stakeholders’ development, including increasing research, and over all development in the sector.