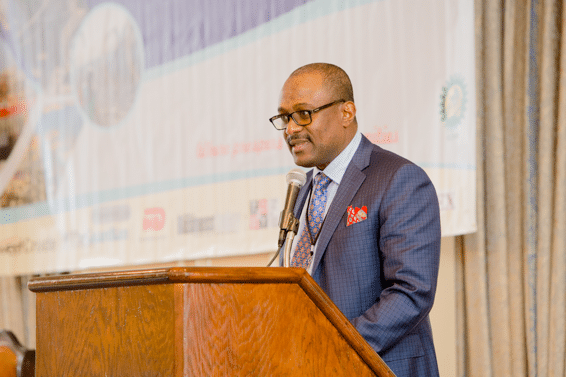 The fund, domiciled in the Bank of Industry (BOI), and currently valued at about $100 million is dedicated to lending qualified oil and gas operators for the execution of projects as a strategy to build capacity thereby encouraging the participation of Nigerian companies in the industry.

The Executive Secretary of the board, Engineer Simbi Wabote, who disclosed this during his recent visit to the new Managing Director of the, BOI, Olukayode Pitan, said raising the pool fund would assist more deserving companies to fully optimize their operations and avail the nation their service and input in the deepening of local participation in the oil and gas value chain.

It would be recalled that the NCDMB and BOI launched the NCI Fund in July 2016; however, the fund suffered long delays to come into operation, as efforts were made to fine-tune the governance procedural mechanism.

The Fund replaced the original model which permitted the provision of partial guarantees and 50 per cent interest rebate to service companies which obtained facilities from commercial banks to assist them acquire asset and execute projects.

Major interest groups in the oil and gas industry, including the Petroleum Technology Association of Nigeria, PETAN, had described the Fund model as a great initiative capable of addressing the paucity of funding for projects by Nigerian indigenous firms.

The group said the inability to access credit by manufacturers, service providers, engineering fabrication and construction companies as well as other key players in the Nigerian oil and gas industry was affecting the capacity of indigenous firms to execute contracts.

Power Minister Says Arrival of Power Barges Does Not…

Embee Jay Global Services: Our Focus Is On Nigerian Content…

Since the launch of the Fund, Nigerian operators in the industry have complained of difficulties in accessing the funds under the existing model, necessitating a change of strategy by the Board.

As a result, Engineer Simbi said the revised governance framework for the Fund had since been finalized, while the updated Memorandum of Understanding, MoU, with the BOI is expected to be signed within the next few weeks to signal the take-off of the scheme.

The Executive Secretary said one of the fundamental features of the revised MoU for the disbursement of the Fund was for the loans to be disbursed directly to beneficiaries by the BOI at single digit interest rate and repaid within five years.

Engineer Wabote said only contributors to the Fund, with bankable proposals in the oil and gas industry, would be qualified to approach the BOI to request for a financing facility in line with best practice as obtained elsewhere in the developed world.

The Fund is sourced from the statutory funding from the one percent deduction from the value of all upstream contracts based on the provisions of Section 104 of the Nigerian Oil & Gas Industry Content Development, NOGICD Act, with the Act providing that the funds be used for the development of capacity in the oil and gas industry.

Subsection 3 of Section 104 also provides that “the fund shall be managed by the Nigerian Content Development Board and employed for projects, programmes and activities directed at increasing Nigerian Content in the oil and gas industry.”

The NCDMB boss noted that whereas there were various intervention funds for other critical sectors of the economy, namely agriculture, aviation, mining and others, none was for the oil and gas sector before now; a development he said had hampered the growth of local oil and gas companies in Nigeria in the last couple of years.

On his part, Mr. Pitan, said he was delighted at the partnership between the bank and NCDMB, saying that with the collaboration, Nigerian companies in the sector would be able to expand the scope of their operations thereby proving that given the enabling environment; they can provide some or most of the services currently being provided by multi-national companies operating in the land.

He added that BOI, which was present in 21 states of the federation, was well positioned to support the Board achieve its objectives to effectively disburse and manage the loans for the oil and gas industry. Mr. Pitan assured that the BOI would work with NCDMB to source additional pool of funds for this vital sector of the economy.

The Board had set up an advisory committee in 2012 for the NCDF, to deepen transparency and ensure involvement of key interest groups in the administration.

Representatives of the international operating companies, PETAN, Oil and Gas Trainers Association, OGTAN, and BOI make up the advisory committee.

Important as this collaboration is, stakeholders in the industry insists that the promotion of value added local content in moderate collection and value should be placed on existing in-country capacity, not patronage. Leverage, they say, should be given to Nigerian companies and help the young companies that are coming up to grow without compromising on capacity building in-country. There should be a sense of urgency because it appears as if the local content law battle has been won but the local content implementation is far from been actualized hence “Local content is equal to self-reliance.”

And unless standard is well taken care of, the pursuit of local content implementation may be futile as no serious nations or citizens desirous to be taken seriously would ditch quality for questionable nationalism. It is partly as a result of this that the Standard Organization of Nigeria (SAN) is having a running battle with some local manufacturers of building materials who on one hand wants local patronage of their products and on the other hand, are failing in churning out good products that are as good as their foreign counterparts.

All said, the Fund, if well managed will go a long way in enhancing the capacity of indigenous firms not only to produce maximally for local consumption but also boost their ability to provide employment to qualified local engineers, fabricators and other professionals in the oil and gas industry. What is important here is the need for an efficient and effective administration of the Fund to ensure that only qualified firms with proven managerial and productive track records have access to it.

No doubt, the future is looking bright for local companies and coupled with the passage of a version of the Petroleum Industry and Governance Bill (PIGB), poor access to fund might be taking a back seat in the years ahead.