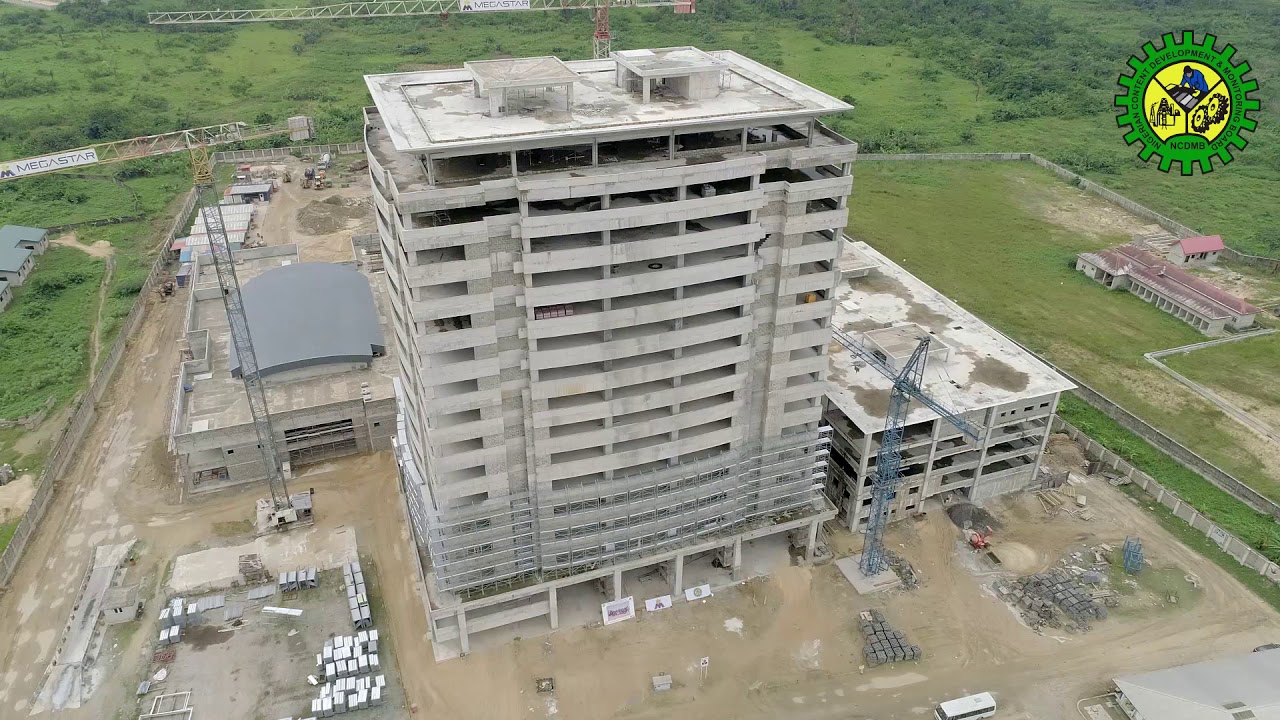 …to expand NC Act to other sectors

Members of the Senate Committee on Local Content have commended the Nigerian Content Development and Monitoring Board (NCDMB) for conceiving and developing its 17-story headquarters building in Yenagoa, Bayelsa State, using the services of a local contractor.

The committee members gave their commendation during a recent oversight visit to the Board’s office and major Nigerian Content locations in Bayelsa and Rivers States.

Speaking after the tour of the building site, the Chairman of the Committee, Senator Adeola Solomon Adeola, applauded the overall quality of the project execution. He said that the building, when completed would meet the present and future needs of the NCDMB. “The project will also meet the expectations of all Nigerians, especially those in the oil and gas industry.”

He also commended the Board and its main contractor, Megastar Technical & Construction Company Limited for the speedy and professional development of the project. “I am happy that we have a project of this magnitude being executed by a Nigerian company. The most interesting part of this project is that it is local content driven.”

Speaking further, Adeola noted that the Board’s efforts in the implementation of Nigerian Content have helped to attract investments into the economy, develop human capacities and technology in the oil and gas sector; stressing that the Nigerian Content aims to promote empowerment and employment of indigenes and facilitate technology transfer in order to expand the local economy.

He assured that the committee would continue to add value to the Local Content initiative, increase the impact and enforcement of the NOGICD ACT and work with the NCDMB for a greater fulfillment of its mandate in the overall interest of all Nigerians.

He said, “the committee has commenced the review of the NOGICD ACT 2010 to increase its relevance to the current industry realities and more importantly to expand its scope to cover other industry such as ICT, telecom, manufacturing, extractive industry among others.”

Also speaking, the Chairman of the Senate Committee, Upstream Petroleum Resources and member of the Local Content Committee, Senator Tayo Alasoadura, described the new building as a wonderful initiative, which would contribute to the development of Bayelsa State and the entire oil and gas industry.

In his remarks, Senator Dino Melaye noted that the project would save the economy huge costs in the future. “I commend NCDMB for projecting into the future. Eventually, the building might not even meet the needs of the Board and the oil and gas industry. We need to develop similar projects in many other sectors and locations.

In his opening remarks, the Executive Secretary, NCDMB, Engr. Simbi Wabote stated that the Board’s 17-story headquarters building would be a source of pride to indigenes and residents of the Niger Delta region. He confirmed that only eight floors would be used for office space, while one floor would host oil and gas training centre of excellence. According to Wabote, some operating and service companies have already indicated their interest to rent some of the floors. He said that proceeds from such lease would be used to maintain the building. He also said that the structure would utilise electricity generated from an independent power plant being developed by the Nigerian Agip Oil Company (NAOC) in Bayelsa State.

In his response to questions by the lawmakers, the Executive Secretary clarified that the Federal Executive Council (FEC) approved an increase in the project’s budget, because of the huge fluctuations in the foreign exchange rates, which greatly affected the costs of inputs.