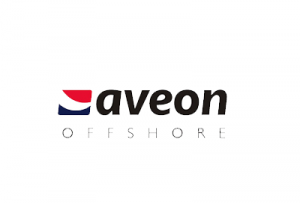 Celebrated as one of the largest fabrication company’s in Nigeria and well known for her record of delivering quality products in a timely manner, AVEON Offshore has further pushed its stellar reputation to a new height as it partners with APL/NOV to launch an EGINA OLT- BUOY.

The delivery ceremony, which took place at Aveon fabrication yard, Rumuolumeni Port Harcourt, was attended by several key-players in the Nigerian oil and gas industry, which included prominent members of NNPC, and the Executive Secretary of NCDMB Engr. Simbi Wabote.

Speaking at the delivery ceremony, the Chairman of Aveon Offshore Tein George stated that executing the project, required a lot of time and manpower, but the brand is proud to have completed the project at the scheduled time.

“We at Aveon Offshore continually strive for excellence by delivering top notch services within defined project timelines. We are a proudly safety conscious company and our amazing safety record which remains uncompromised regardless of the nature of the project we take on and our works are fully compliant with local content requirements and the recently concluded construction of this Egina OLT- BUOY is not an exception” Tein George reiterated.

The project, which is a joint effort of National Oilwell Varco and Aveon offshore, has been proven to be safe for use after several validating test-runs.

Also speaking at the event, John Borres Sannaes expressed NOV’s utmost satisfaction working with Aveon Offshore, through the course of the project.

“Before we decided to work with Aveon Offshore, we had a clear understanding of their high standards and their attention to details, so the decision to work with them on this project was so easy. The engineers that where engaged in the execution of this project are some of the best around and that was primarily because we wanted the best quality and scale through every QC test without any concerns.” Borres reiterates.

Aveon Offshore remains one of the best oil-servicing firms in the country, with a focus on total client satisfaction that is achieved through the provision of products and services of the top-most quality, which is delivered through an unyielding firmness on safety and environmental principle, which has remained second to none.