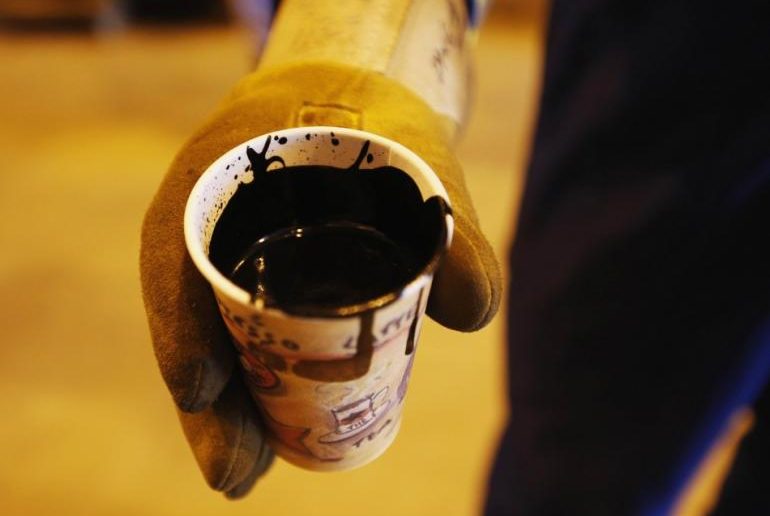 Nine out of 16 oil companies failed to pay a total of $721,000 in surface rentals to government last year, according to the Public Interest and Accountability Committee (PIAC) 2015 annual report.

The default means a 61% drop in expected revenue from the sector.

The PIAC is a citizens-led statutory body established under Section 51 of the Petroleum Revenue Management Act (Act 815) to provide additional non-parliamentary and independent oversight over the collection and utilization of Ghana’s petroleum revenues.

“This is a very bad thing and I think it will affect government revenue”, says the Head of Policy at ACEP, Dr. Ishmael Ackah.

About 30 oil companies have been registered but only about half this number is not on site.

“Some are now going to raise funds to look for the oil meanwhile we have given them provisional licenses”, Dr. Ackah laments.

Beginning every year, government prepared the budget, considering surface rentals and corporate tax among others as part of expected and projected revenues for the year.  So if a company doesn’t pay, according to Dr. Ackah, it will lead to a revenue short fall.

“And it will force the government to borrow which wouldn’t have been the case if we were dealing with credible companies,” he said.

Meanwhile, the Centre for Economic and Business Research (CEBRE), has suggested the revocation of licenses of defaulting companies.

Oranto/Stone Energy for instance has not honoured surface rentals of 67,438.36 US Dollars outstanding since February 21, 2013.

According to Ghana Revenue Authority, owners of the company cannot be traced; it is therefore likely the invoice amount would have to be written off as bad debt.

The 2015 PIAC report recommended that the GRA must initiate the process to recover all outstanding surface rentals owed by the upstream companies to the government with applicable penalties.

But Executive Director of CEBRE, Gordon Newlove Asamoah insists such penalties are not severe enough to deter others from the practice.

“We need to have a unified condition, so that conditions for company A should be same as B, so if A is unable to meet the conditions then the license is revoked from A and given to B,” Asamoah said. He recommends measures to ensure other authorities in charge of ensuring payments are made are sanctioned accordingly.

This, he believes will ensure the state doesn’t lose money unnecessarily to these oil companies.

According to Dr. Ackah, a competitive bidding process would attract competent companies where the best will be selected. He is worried government continues to negotiate with companies under the current structure, which has resulted in companies not willing or able to meet their financial commitments to government.