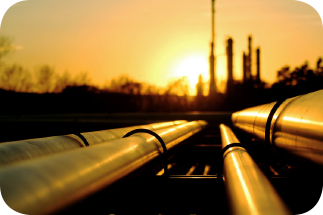 Ghana’s state-owned oil refinery is seeking credit guarantees from the government after lenders declined to issue it loans for crude purchases, according to two people familiar with the matter. The Tema Oil Refinery, 29km east of the capital, Accra, halted production on June 21 after running out of crude stock, said the people, who asked not to be identified because they were not authorised to speak publicly about the matter. The facility asked the finance and energy ministries for $70m in credit guarantees, but had yet to reach an agreement, they said. Kingsley Antwi-Boasiako, a company spokesperson, and MD Isaac Osei did not answer calls for comment. Nana Damoah, a spokesperson for the energy ministry, and Cecilia Akwetey, a spokesperson for the ministry of finance, would not immediately comment when contacted by phone.
Demand in Ghana is for 65,000 barrels per day, according to the refinery’s website. The funding shortage is the latest setback for the refinery, which has been earmarked for closure by the energy ministry. The plant has been operating at about two-thirds of its capacity of 45,000 barrels per day after a furnace exploded in January 2017. Energy minister Boakye Agyarko said in January the country will start building a new 150,000-barrel-per-day refinery in the next four years.
Tema Oil Refinery owed banks as much as 950-million cedis ($199m) in August 2016, former CEO Kingsley Awuah-Darko said at the time.
*Bloomberg