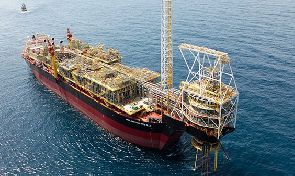 The government has completed the mapping of nine additional oil blocks in the Western Region for allocation to local and international companies by the last quarter of the year.

Three of the blocks are to be allocated through open competitive tender; two will be given through restricted tender while the remaining four will be handed over to the national oil company, Ghana National Petroleum Corporation (GNPC).

The Minister of Energy, Mr Boakye Agyarko, disclosed this in an interview with the Graphic Business on the sidelines of the 50th Offshore Technology Conference (OTC) in Houston, Texas last Monday.

With the support of Consolidated Shipping Agencies (Conship), 15 local companies are participating within the Ghanaian pavilion set up at the event ground.

“We are doing this because it is the plan of the government to undertake an aggressive exploration of the country’s oil reserves within its territorial waters,” he said.

According to him, while maximising the oil and gas potential of the country, it was also the intention of the government to test the law to ascertain its suitability or otherwise, adding that: “Where necessary, we will amend or maintain depending on the outcome of what we are intending to do.”

Mr Agyarko explained that the Petroleum Exploration and Production Act which had been enacted into law allowed for open competitive bidding.

The law, he said, also allowed for the minister to give certain acreages when he deemed that to be in the interest of the nation. It also allows the GNPC to be allocated blocks for its own exploration.

Explaining why the GNPC was not permitted to tender for the blocks, he stated: “Your national oil company should not be put in direct competition with the international companies. These are the options within the law.

“The law has not been really tested so what we have done is to map out nine blocks in order to test the three options of the law and to see whether indeed, the law is fit for purpose or it is fit for some fine-tuning.”

“When you write the law, until it is put to test you will not know whether it is fit for purpose,” Mr Boakye added.

Works on the field

Explaining further the nature of works done in the new blocks, Mr Agyarko said the government had done a lot of work in the area because “the acreage has been mapped out, they have been delimited and we know which areas we are talking about”.

He added: “These are areas where 2D seismic data exist for most parts, so that you are not going to do it from scratch. That’s one of the reasons we selected the nine blocks because some data exist. We will put them out through the process and see how it responds to the law.”

Mr Agyarko said the government was committed to aggressive exploration.

That, he explained, “was because the more discoveries you make, the more you replace the oil and you are assured of continuous prosperity, and that is what we seek to do. It is aggressive exploration that finds new oil.

When asked how much oil was to be expected, Mr Agyarko said the government was not sure because that depended on the reservoir.