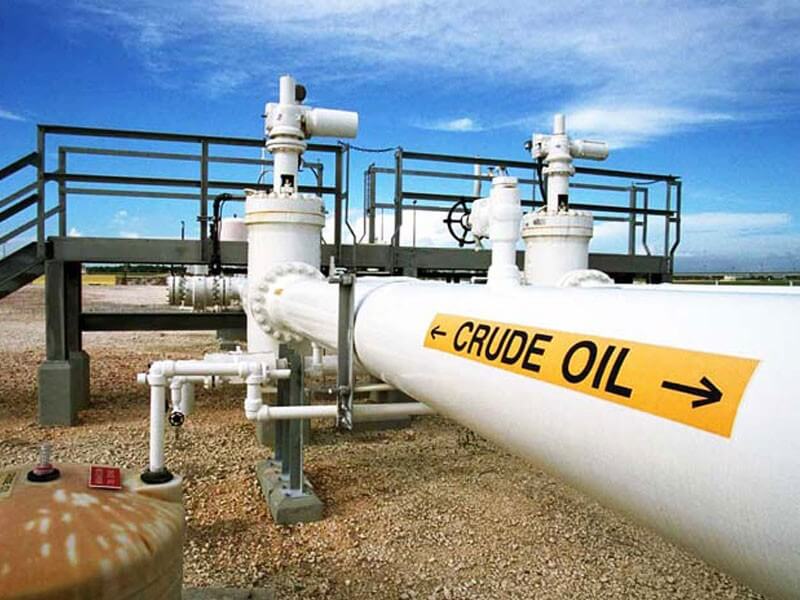 The Nigerian Air Force (NAF) has expressed its readiness to partner Shell Companies in Nigeria by deploying its Unmanned Aerial Vehicles (UAVs) to help secure the companies’ oil and gas pipelines as well as other critical oil installations in the Niger Delta.

This is to ensure that the maritime domain is safe for social and economic activities by preventing oil-theft, pipeline vandalism, militancy, kidnapping and other forms of economic sabotage thereby helping to sustain the economic lifeline of Nigeria.

The Chief of the Air Staff (CAS), Air Marshal Sadique Abubakar, disclosed this weekend, while playing host to the Managing Director and Country Chairman of Shell Companies in Nigeria, Mr. .Osagie Okunbor at the Headquarters NAF Abuja.

Abubakar noted that, over the years, the NAF had been actively involved in the security of oil pipelines, protection of critical national assets and general safety of the maritime environment.

According to him, the recent development of the capability to produce UAVs had enabled the NAF to induct an operational drone named Tsaigumi.

He further explained that the newly inducted UAV, which has day and night capability, has an operational endurance in excess of 10 hours, a service ceiling of 15,000 feet and a mission radius of 100km.

Electric Vehicles use set to triple globally in 2 years –…

Speaking further, he stated that the NAF was ready to partner Shell Companies in Nigeria to produce more of the Tsaigumi UAV, an option that would be more cost effective than importing drones from other countries. He said this would help develop local content as well as save more foreign exchange for the country.

“Accordingly, the Service would be willing to send experts to Shell to make presentation on the capabilities of the Tsaigumi UAV and explore mutually beneficial ways to better secure Shell facilities while further developing the NAF’s UAV capability”, Abubakar said.

The Air Force Chief also informed the visiting Managing Director about the agreement with the Kaduna State Government, which was to acquire UAVs for the NAF to help operate towards further securing the State.

He added that the replication of such an arrangement with the Shell Companies Nigeria would enhance the security of the companies’ facilities. The CAS then stated that the NAF would willingly deploy its Intelligence, Surveillance and Reconnaissance aircraft for surveillance whenever the Company requested for it.

Earlier, Okunbor commended the NAF for its continuous support to Shell companies and the maritime sector at large, which he noted had spanned many decades.

According to him, the efforts of the NAF and other security agencies have made the continuous existence of peace and investment friendly environment possible in the Southern part of Nigeria.

He further commended the CAS for granting him audience and for the readiness of the NAF to continue providing security to ensure the sustenance of economic activities in the Niger Delta, in particular, and Nigeria, in general.

Okunbor also noted that the NAF has played vital roles in the restoration of peace in the Niger Delta and other parts of the country.

Adesanya said earlier Intelligence, Surveillance and Reconnaissance report had indicated the significant presence of terrorists in the camp, following which Mi-35M helicopter gunships were deployed to attack them on May 15.

On approaching the target, he said the Mi-35M helicopter gunships successfully launched rocket and cannon attacks on the camp, in rapid succession.

According to him, the footage of the attack, as captured by the helicopter’s airborne camera system, indicated the destruction of the targets as the structures within the Boko Haram camp were engulfed in fire while all the terrorists within the camp were also neutralised.

The DOPRI recalled that the NAF took delivery of the second batch of two brand new Mi-35M helicopters on April 30, 2018, following which the helicopters were unveiled during the NAF’s 54th Anniversary celebrations in Kaduna and later deployed for operations.

Also, the Nigerian troops of Operation Lafiya Dole weekend knocked out two suicide bombers before they could reach their targets in parts of Borno State.

In a statement yesterday by the Deputy Director Public Relations, Theatre Command Operation Lafiya Dole, Col. Onyema Nwachukwu, the troops intercepted and neutralized two female suicide bombers who attempted to infiltrate a military Forward Operational Base in Kawuri, a remote community in Konduga Local Government Area of the state.

Nwachukwu said the suicide bombers had used the cover of darkness to stalk the military camp at about 9.45 pm, but were promptly detected by the vigilant troops who engaged them when they refused to comply with the order to halt.