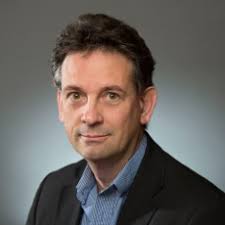 Relight the fire – stoking our economy with heat – Prof. Freer

As the Bank of England predicts a decline in the UK’s economy with a shrinkage of 14%, the worst recession on record, with dramatic impact for UK jobs, there is a feeling of helplessness as the country emerges cautiously from the lockdown. This is heaped on the potential economic impact associated with a potential no-deal Brexit, and the almost forgotten need to do something about climate change.

There will be a line that less travelling and the 20% lower energy use during the reign of Covid-19, has fixed the need to decarbonise and all we need to do is carry on our lives in the “new normal”. The bad news is that even if we did, that is not enough and the loss of momentum that has resulted, for example the delays to COP26, may actually be more damaging than any short-term gain.

There is then the question of how do we simultaneously address the twin issues of redoubling efforts on decarbonisation of energy and transport and stimulating the economy. The answer may lie in heat. When many think of energy they will think of electricity. However, energy is much more diverse and it turns out that the sector in which least progress has been made, in terms of decarbonisation, is heat. Heat is one of the largest uses of energy and is mostly generated domestically through burning methane gas and that combustion produces CO2.

Methane is cheap and that makes it hard to displace with other technologies. Moreover, heat is not a negligible component of the energy system. If we were to convert all heat production from gas to electricity then this would require 4 to 5 times as much electricity generation as today.

The transition that is required to decarbonise heat is going to be monumental. There are 26 million homes in the UK and the vast majority will need new heating appliances. Moreover, the building stock typically has very poor thermal efficiency, or insulation, and hence will need that insulation upgrading.  The solutions for new types of heating system will be heat pumps, which use electricity to pump heat from outside the house to in; either from the air or the ground. In some places it will be possible to burn hydrogen gas rather than methane in new boilers. There will also be the opportunity for district heating schemes, which capture waste heat from industry, for example, and distribute it to homes and larger buildings.

The electrical demand of heat pumps will in many places not only exceed what the national electricity grid will supply, but the local grid as well. The scale of infrastructure required to decarbonise heat by 2050 is massive. The expectation is that it could reach £500billion. This will be part need to be stimulated through government funding schemes and part through private sector investment. The government is consulting on its heat strategy presently with the expectation of a heat policy in the autumn.

The leadership the UK has shown around offshore wind power has been exemplary and has seen the cost of wind power reduce by a factor of 3. The scale of that programme was massive and acted as an economic stimulus in certain regions. The same needs to happen with heat. The advantage heat will have is that the economic and infrastructure benefits will not be localised to certain regions in the UK, but rather everywhere. Everywhere will feel the economic uplift.

The longer term benefits of getting it right is international leadership and the development of technology, skills and expertise which can be key future exports.

There is a strong need to light a fire under the economy and decarbonisation and sustainable heat may be the best way of achieving this.