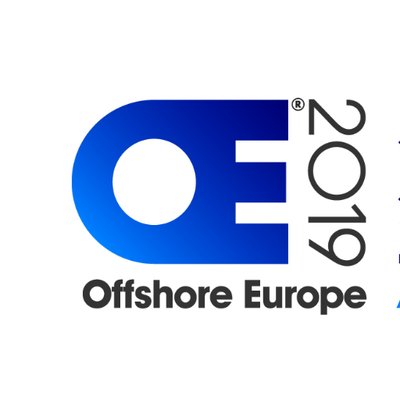 The organizers of the Offshore Europe 2019 conference have announced that some industry heavyweights will be joined by an internationally recognised leader on global climate change at the opening session of the event.

The 2019 conference will hold from 3-6 September in Aberdeen at the new £333 million The Event Complex Aberdeen (TECA), under the theme: ‘Breakthrough to excellence – our license to operate’. Energy transition, artificial intelligence and the transformation of the workforce will be amongst the major talking points at SPE Offshore Europe 2019.

According to a statement by the organizers, the executive keynote address will be delivered by the President and CEO of Total, Patrick Pouyanné adding that the opening plenary panel has key industry executives like Wael Sawan, Shell’s Upstream Director; Doug Pferdehirt, TechnipFMC CEO; Karl Johnny Hersvik CEO of AkerBP and Hinda Gharbi, Schlumberger’s Executive Vice President Reservoir & Infrastructure, alongside Christiana Figueres, former UNFCCC Executive Secretary and Convenor of Mission 2020.

Michael Borrell said, “We have a truly world-class selection of speakers at this year’s Offshore Europe conference. As well as leaders from the oil and gas industry such as Patrick Pouyanné, we also have senior international figures from the climate change debate such as Christiana Figueres. This will allow us to have a really high-quality discussion about our license to operate and the future of energy.”

According to the statement, Senior international industry figures will co-chair the keynote sessions where discussions will centre around decommissioning and late life, underwater innovation, transformative technologies to lower the carbon footprint, digital security, integrated technologies, digitalisation, standardisation and finance. More than 80 technical papers are to be presented throughout the four days.

The 2019 edition is considered unique as SPE Offshore Europe is partnering with the Financial Times to provide delegates with an insight to the role of finance in the upstream oil and gas industry. The FT Oil & Gas Finance and Investment Forum’s theme will be ‘Securing the Future in a Rapidly Evolving Energy Landscape’.

After a successful introduction two years ago, the 2019 event will include an expanded Decommissioning Zone to include late life.

Gas And Oil Will Save Us All, Say Oil And Gas Companies

An ENGenious Zone is being incorporated into SPE Offshore Europe 2019 after the success of the inaugural event in Aberdeen in 2018. This area will highlight innovations in robotics, data analytics, automation and advanced communications ahead of the next standalone ENGenious event in 2020.

The Oil and Gas Technology Centre (OGTC) and social enterprise, Elevator, will also run a start-up zone, providing exposure to the most exciting new companies in the sector.