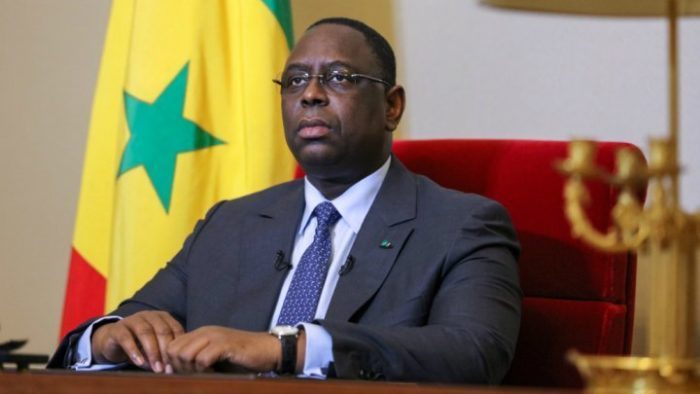 Senegal will launch its next Oil & Gas Licensing Round at the Africa Oil & Power 2019 Conference and Exhibition which will hold at the CTICC1 from October 9-11 in Cape Town, South Africa.  Hosted under the theme #MakeEnergyWork, the AOP 2019 conference and exhibition will among others explore Senegal’s emergence and its petroleum and power strategies.

The President of the Republic of Senegal, H.E Macky Sall will receive the prestigious Africa Oil Man of the Year award at the conference on October 9 in recognition of his tremendous leadership which leaves Senegal renowned as a well-established energy market and destination for investment.

The announcement was made recently after the signing of cooperation between Africa Oil & Power, Cos-Petrogaz and national oil company, Petrosen on a drive to promote the country’s next phase of investment.
In his remarks, the Permanent Secretary of COS-Petrogaz, Ousmane N’Diaye said, “Through this new drive for investment, we look forward to working with Africa Oil & Power on positioning Senegal for a new era of projects and prosperity.

“Senegal has been trailblazing in its efforts to make making energy work for greater economic growth and development and acknowledges the potential and early results presented by the Plan Senegal Emergent initiative (PSE), led by President Sall. Senegal’s government is determined to #MakeEnergyWork.

Also, at a recent meeting between the Senegalese President, H.E Macky Sall and the Africa Oil & Power CEO Guillaume Doane where the duo discussed Senegal’s ambitious plans to bring mega oil and gas projects online and attract new operators in the market, Doane noted that through a dedicated focus on the oil, gas and power sectors following the discovery of massive hydrocarbons reserves, Senegal is preparing to become a middle-income country by 2035. Adding that the Senegalese government set out to achieve this through the PSE initiative launched in 2014.

“With discovery after discovery, Senegal has distinguished itself as one of Africa’s leading exploration frontiers. Another licensing round is certain to draw interest from a wide variety of operators,” said Guillaume Doane.

“Thanks to the leadership of President Macky Sall, Senegal is a prime example of a country making energy work – creating an enabling environment for business to succeed, attracting huge international investments while providing capacity for local power generation, industry, and downstream development.”

Speaking also, the Managing Director of Petrose, Mamadou Faye, said, “Through a new licensing round and investment drive, we are eager to capitalize on Senegal’s strong track record to attract new operators and exploration.

With 8 major oil and gas discoveries since 2014, Senegal is moving closer to becoming a large-scale oil and gas producer. The country has capitalized on this interest by rapidly bringing the first phase of the Grand Tortue Ahmeyim gas project to final investment decision in December 2018, with Cairn Energy’s SNE oilfield which is set to see the same milestone in September this year.

Senegal is renowned to have built an excellent reputation globally in the energy industry. Most notable of its discoveries is Woodside’s FAN oil discovery and the BP-operated Marsouin, Teranga and Yaaker fields which are said to contain up to 50 trillion cubic feet of gas.

Through these and other key projects, the nation is said to be committed itself to use its petroleum revenue to create an environment that will see further growth and development of its local content in its hydrocarbon sector.
According to reports, Senegal now boasts an electricity rate of 64 per cent, well ahead of the rest of West Africa and significantly closer to its target of universal power access by 2025 – which will also include implementation of 15 per cent of renewable energy. Senegal is a hotspot for oil and gas exploration and development.

Algeria To Join Other African Oil & Gas Producers At AOW