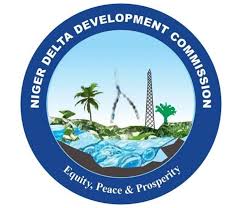 The Niger Delta Development Commission, NDDC, has inaugurated the Governing Board of the NDDC Professorial Chair on Malaria Elimination and Phytomedicine Research at the University of Port Harcourt.

Speaking at the inauguration of the N50 million endowment fund at the university, NDDC Managing Director, Mr Nsima Ekere, said the objective of the intervention was to reduce the prevalence of malaria through strategic control, curtailing breeding, transmission, as well as reducing the cost of treatment.

Ekere, represented by the Executive Director, Projects, Engr. Samuel Adjogbe, said the endowment of the professorial chair was apt considering the prevalence of the disease in tropical Africa and particularly the Niger Delta region.

He explained that the N50 million endowment would be redeemed in two instalments of N25 million per annum for an initial period of two years, noting that the commission recently released the first tranche of N25 million for the programme.

The NDDC chief executive officer stated that the spread of breeding grounds for mosquitoes, the high cost of treatment of malaria and the increasing incident of resistance and reactions to existing drugs provided the basis for the research programme.

“As malaria incidence increases, so do morbidity and mortality rates, particularly in the high risk population; namely children, pregnant women and non-immune individuals. Along with malaria morbidity comes economic losses, social and economic consequences,” he said.

Ekere noted that NDDC responded to a request to sponsor malaria research during the first International Malaria Conference held at the University of Port Harcourt in conjunction with the London School of Hygiene and Tropical Medicine, United Kingdom, in May 2016.

Also speaking, Vice Chancellor, University of Port Harcourt, Prof. Ndowa Lale, said the  Centre for Malaria Research and Phytomedicine would find solutions to the problem of malaria in the region.

Chevron Reinforces its Commitment to Socio-Economic…

Lale assured that the malaria chair would be well utilised for the benefit of the society, noting that members of the board were carefully selected from among the finest in the university.

On his part, the programme’s chair occupant, Prof. Chijioke Nwauche, maintained that the focus of the project was to explore alternative approaches to malaria control and elimination in Nigeria.

He said that the research would also lead to other novel strategies towards integrated vector management, adding that the NDDC had rightly bought into the vision of the Federal Government to fight the scourge of malaria.

Prof. Nwauche reminded NDDC of its promise to build a Malaria House for the research project, noting that such a facility would have laboratories that would also be beneficial to the university.