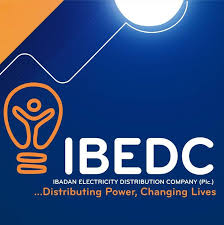 Residents of Ibafo community in Ogun State are suddenly witnessing improved power supply in the area after their women threatened to bare their breast to the management of Ibadan Distribution Company in protest for the Disco’s erratic power supply in the community, more painfully, the exorbitant “crazy” bill the Disco imposes on electricity users in area after it came out from many years of darkness.

Ibafo community, it was learnt practically lived about three years without electricity, as infrastructure broke down while a contractor that handled a major project in the area also delayed the job.

However, on completion of the project, the IBEDC management in the area was said to have made a rotational arrangement of one night on, one afternoon off – and vice versa – with the people.

The residents stated that while the promise was kept for a few weeks, IBEDC Ibafo office soon reneged, with the suspicion that light was being diverted to some businesses and other powerful forces in the area.

Residents said some Chinese companies operating in the area were especially benefiting from the deal.

The people were particularly irked when IBEDC kept bombarding them with bills for power they never used even as they regularly disconnect their light for failure to pay up.

Not knowing what else to do after several appeals to IBEDC, the women both young and old in the community, stormed the office, chanting war songs.

They demanded supply at least as initially arranged, and threatened the manager that they would undress and show him their breasts if he failed to rectify the situation.

It is believed that some taboo is associated with the kind of sight the women threatened to create.

It was gathered that IBEDC management pleaded with the protesters and promised to do the needful.

A resident who preferred to remain anonymous said, “since that day, we have been enjoying the one noon on and off as they promised.”

He added, “We don’t how the women did it. We don’t know when they planned it.”

Nigeria to seek technical assistance from India on refineries repair.