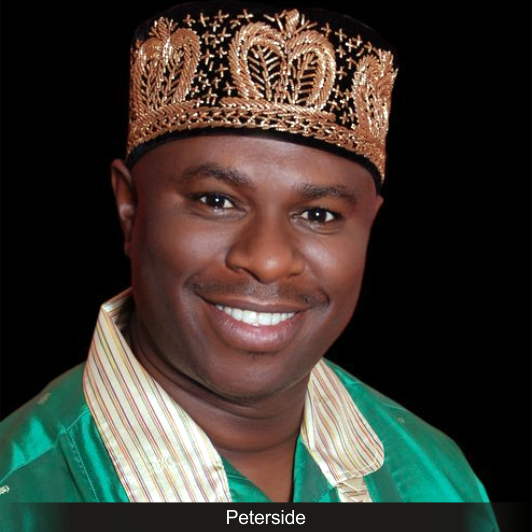 DAKUKU Peterside, director general of the Nigerian Maritime Administration and Safety Agency, NIMASA, has disclosed that Africa seas and oceans possess huge economic opportunities that can take the continent to the next level.

Peterside stated this at a well-attended event by stakeholders and experts in the maritime sector to commemorate this year’s “Africa Day of Seas and Oceans”. He said a decade of Africa’s seas and oceans declared by the African Union, AU, from 2015-2025 should be perceived as a shift in perspective that recognises the fact that our oceans and seas are economic infrastructure, necessitating the need for stakeholders in the sector to work together to realise the opportunities embedded in the sector.

“It is a well-known fact that Africa seas and oceans are usually overlooked when it comes to issues of sustainable development in Africa, to the extent that Africa is considered to be sea blind; sea blind because there is low level awareness of the potentials for wealth creation which abounds in the seas and oceans. This event therefore tends to show that our eyes are gradually being opened to the reality that our seas and oceans possess huge source of economic resources that can take the continent to the next level”, the director general said.

While describing this year’s theme entitled, “Harnessing African Maritime potentials for sustainable development” as very apt, the NIMASA DG noted that it is in line with the overall goals of Africa’s Agenda 2063 which is aimed at ushering in the Africa that we all desire with the capacity to generate wealth from sustainable governance of Africa’s seas and oceans.

He also assured stakeholders that NIMASA as the maritime regulatory agency has considered it necessary to continue championing the awareness on Africa Integrated Maritime-Strategy and the Blue Economy through the day of the seas and oceans and other sensitisation programmes the agency will still embark upon.

Meanwhile, Peterside also used the opportunity to inform participants that NIMASA is championing the passage of a dedicated anti-piracy law aimed at tackling piracy and all forms of illicit crimes on the nation’s waterways.

Accordingly, he stated that “the desire of the government is to ensure cleaner oceans and to eliminate sea piracy, armed robbery and all forms of illegalities within Nigeria’s maritime space which is in line with the 2050 African Integrated Maritime Strategy, AIMS,”.

He further observed that our seas and oceans are our heritage and we must do all we can to protect it; pointing out that NIMASA will continue to work together with all relevant government agencies to ensure that our maritime sector is safe, clean and secured in order to continue to attract both local and foreign investors.

Also at the event was Professor Charles Ukeje who delivered a paper titled; “Securing the African Marine Environment for Sustainable Development” noted that harnessing and sustainable use of our oceans and seas are the key to unlocking prosperity for the economy, but that this cannot be done by NIMASA alone, but by effective planning which must cut across public and private sectors of the economy on a long term basis, including a well trained personnel.

Magnus Chidi Onuoha who also spoke on the theme: “Harnessing Resources from Seas and Oceans for the African Youth Empowerment” identified people, prosperity and the planet as the key to sustainable development of the maritime sector in Africa and said that the marine environment is key to our survival.

Other speakers at the event led by Norrsion Quakers, chairman of the session, SAN, unanimously called for collaborative and concerted efforts among Stakeholder in actualizing a virile maritime sector.

It may be recalled that the 22nd Ordinary Session of Heads of States and Governments adopted the 2050 AIM Strategy and its Plan of Action, including a roadmap for the incremental implementation of the strategy in line with International Maritime Law.

The African Day of the Seas and Oceans was instituted by the African Union in 2015. It seeks to draw attention to the strategic importance of proper management of marine resources for the development of the African continent in a sustainable manner.